While street food might capture the imagination of most passing through Mexico City, it’s the city’s fine dining scene that has pushed the international envelope and redefined what Mexican food can be. A handful of chefs, starting with Enrique Olvera, a visionary who had the foresight to understand that the powerful traditional flavors and recipes of his country could be juxtaposed against European technique, placed Mexico City on the map with his love of ingredient, boundless creativity, beautiful plating and bold flavors. In his footsteps followed a legion of chefs that learned from example, giving the fabric of Mexico City a new culinary heritage, global acclaim, and a dining reputation that rivals Paris. With two Mexico City restaurants ranking in the World’s 50 Best Restaurant list, plus another two in the top 100 and seven on the dedicated Latin American 50 Best List, many of which serve thought-provoking tasting menus that capture all senses in their execution, it’s clear that the DF’s fine dining scene is essential. Below, our list of the best fine dining spots in Mexico’s capital:

While other fine dining restaurants came before Pujol, Enrique Olvera’s modern Mexican restaurant changed the game in the DF and continues to do so in its bigger, bolder new location. The new Pujol – now with a long bar that serves a taco omakase, a wood burning oven, and a leafy terrace – feels less stuffy than the original and more like Olvera’s New York restaurant Cosme. The 6-course tasting menus, driven by Olvera’s 2.5 acre plot at the chinampas of Xochimilco, are a crash course in Mexican ingredients and techniques, including everything from chicatana flying ants to nixtamalized butternut squash. The signature course is the Mole Madre, Mole Nuevo, the pairing of a freshly made mole with another that is years old and continues to grow in complexity. Tennyson 133, Polanco; pujol.com.mx.

Oswaldo Oliva spent years leading the development kitchen at Andoni Luis Aduriz Basque food temple Mugaritz, while his lawyer turned restaurant operations guru wife Elizabeth Chichino worked there behind the scenes. Wanting a challenge, they returned home to Mexico to open the fine dining restaurant Lorea, as well as more casual Alelí downstairs. Employing techniques  learned while abroad, the restaurant peels back some of the tired layers of modern Mexican cuisine, and reconstructs them in a way that is completely their own via innovative tasting menus and one of the city’s most creative drink pairings. If you are looking for elevated tacos this isn’t the place, but if you want to see a new potential for Mexican ingredients look no further. Sinaloa 141, Roma Nte, lorea.mx.

Having spent time as Enrique Olvera’s chef de cuisine, chef Jorge Vallejo knows his way around elevated food experiences, but Quintonil sits in stark contrast to Pujol as an understated yet creative revelation. With an emphasis on the greens that grow in the restaurant’s garden, and a dining room overseen by Vallejo’s wife Alejandra Flores, the vibe here is reserved and intimate. Blond wood walls and a handful of tables line an interior space that opens onto a bright room covered in greens, giving it a garden feel. Dishes play on traditional Mexican flavors as executed through a playful lens of impeccable technique, and though the menu changes often, the mainstay huauzontles (amaranth flowers) are nod to the restaurant’s name which comes from the amaranth plant. To truly appreciate the breadth of Vallejo’s talent, opt for the tasting menu. quintonil.com

Eduardo “Lalo” García became something of an anti-government icon when he got caught up in a 2013 brouhaha involving the daughter of a Mexican official looking to score a table. But make no mistake, this chef and his restaurant aren’t about trend, but wonderful food, a warm room that feels like an old friend’s dinner party, and the showcasing of Mexican ingredients sourced from the surrounding countryside’s local farms. Beginning life as a migrant worker with his family, García is humble about his pedigree — he has gone on to cook around the world with chefs including Eric Ripert and Enrique Olvera before opening Máximo Bistrot in 2011 to quick acclaim — but lets his food speak for itself; his octopus is not to be missed, his pastas are creative and whimsical, and if the suckling pig is on the menu, get it. Then, swoon.  maximobistrot.com.mx

Off the beaten track in southern-lying Coyoacán, Chef Edgar Nuñez’s restaurant, both menu and architecture, engages the senses. With various stone and wood terraces, meandering ultra-cool lounges and a dining room with an exceptional chef’s table at the center, Sud 777 could be Mexico City’s most diverse restaurant. The variation of these designed spaces makes for vastly different dining experiences, though all are anchored by the chef’s creations which range from tapas and sushi in the lounge to meticulously plated tuna, sweetbreads and octopus in the dining room. However, it’s the seven-course tasting menu made with locally-sourced ingredients and paired with Mexican wines that we remember most vividly, showcasing Nuñez’s European training at iconic elBulli and Noma. sud777.com.mx

Before her tenure as a judge on Top Chef Mexico, chef Martha Ortiz was already a force to be reckoned with. A champion for women’s rights, a kick-ass creative in the kitchen, and the daughter of famed Mexican artist Martha Chapa, Ortiz marches to the beat of her own drum and her restaurant Dulce Patria, which means “sweet homeland,” embodies that originality. Tricked out in pink and red — both on the plate and off — Ortiz’ vibe is inherently feminine, but her food is embraced by all. Playing on traditional Mexican flavors and recipes, Ortiz brings creative plating and ingredients to her cooking inspiring dishes like pink mole and vessels handmade by artisans around the country. dulcepatriamexico.com

Though not officially part of CDMX, Toluca boasts one of the city’s best fine dining restaurants that warrants the hour-long (no traffic) drive out of Mexico City for dinner: Chef Pablo Salas’ Amaranta. A family affair — his father is director, his mother is manager, his brother serves as sommelier and floor manager — the restaurant reinvents traditional Mexican flavors through modern techniques. Salas is insistent on challenging diners’ perceptions, using lesser-known parts of animals like pig and cow and highlighting local produce and vegetables found throughout the State of Mexico, while creating a relaxed environment for diners to return again and again. The tasting menu is a steal compared to Mexico City prices and an inventive new lens through which to view Mexico’s bounty. amarantarestaurante.com

Lesser-known that some of the other spots on this list is restaurateur Juan Pablo Ballesteros’ lovingly restored bi-level colonial, which is helping to reinvigorate Centro’s fine dining scene. Great grandson of the family behind landmark Café Tacuba next door, Ballesteros’ resulting dining room is a bright space with stone and brick walls accented by blown glass from Tonalá, Talavera plates from Puebla, Huichol art from Nayarit, agave plants from Jalisco, and aged wood from Morelosá. Serving boundary-pushing dishes like cocopache, Mexican beetles, over zucchini flower raviolis and an upscale pancita, or tripe soup which is typically used to cure hangovers, the tasting menu offers a different look at Mexico’s bounty from lesser-known chefs. Fans of Mexican wine should be sure to check out the impressive and extensive Mexican wine list. limosneros.com.mx

Nico’s, located in northern neighborhood of Azcapotzalco (a 15-20 minute ride from Centro), is not what you expect when you talk about fine dining in Mexico City. It’s not sleek like Pujol, swank like Sud 777, and it’s not at all cutting edge like Dulce Patria, but it is the OG of Mexico City restaurants, and everyone’s favorite place to linger over comida because, well, the food! Now presided over by Gerardo Lugo Vasquez, the son of original owner María Elena Lugo Zermeño, and a vibrant and creative personality all his own, what Nico’s is doing feels new again. Though the room lacks any real decor, table side prep of dishes from guacamole to coffee and a real passion for presentation of ingredients, often by Lugo Vasquez himself, warms it up. New dishes sit next to classics, and as Slow Food head, Lugo Vasquez is meticulous about sourcing. The house special sopa seca de natas, a savory mille-feuille with tomato, cream and chicken is not to be missed. If you’re hungry, just let the house do the selecting for you, sit back and get ready to feast. nicosmexico.mx

The gorgeous, restored multi-level townhouse in Colonia Roma in which chef and owner Elena Reygadas works her magic can be a transcendent experience for anyone who appreciates lovingly prepared Italian cuisine. With its warm, welcoming vibe, vintage china and white-glove service, the food consists of delectable risottos and pastas, and dishes such as roast bone marrow and grilled sweetbreads. The chef, a recipient of the 2014 Best Female Chef designation by Latin America’s 50 Best Restaurants, is known for her strict seasonality and work with local farms, including Xochimilco’s chinampas, and Rosetta’s on-site bakery, which is responsible for the irresistible pre-meal bread course, has grown and produced an offshoot, Panadería Rosetta if you’re craving a lighter way to enjoy Reygadas’ confections. rosetta.com.mx

What originally opened as Kaah Siis, a quiet spot without a clear vision, has since re-opened as Raiz with stronger footing and a more defined experience from chefs Israel Montero and Alfredo Chávez. Going to the root of Mexican cuisine, and focusing on small producers from the states of Puebla, Michoacán, Tlaxcala, Hidalgo, Estado de Mexico, and Morelos, the dining room has been warmed up, and the menu fine tuned, with an emphasis on the tasting menu featuring Mexican ingredients like chapulines and jumiles, and recipes including silky moles and classics like aguachiles and tamales, elevated in unexpected ways. To get an even better sense of what Montero and Chávez are doing, opt for the eight-course tasting menu. restauranteraiz.com 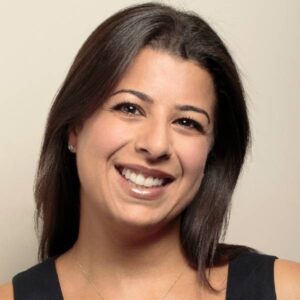 In 2005, New Worlder Co-Founder Marie Elena Martinez ditched her publishing job and bought a ticket to Quito, Ecuador, beginning the journey of a lifetime. Six continents, and over sixty countries later, she began contributing to print publications such as The New York Times, The Wall Street Journal, Newsday, Boston Globe, Miami Herald, and websites like The Huffington Post, The Daily Meal, Condé Nast Traveler, Fodors, The Latin Kitchen, The Guardian and Men’s Fitness, as well as various Fodor’s Guide books and Wallpaper City Guides. She served as the Founding Editor of The Latin Kitchen from 2012 - 2014 and has also launched a culinary events brand, Meets NYC, which fused her publicity and marketing background with her love of food, wine, and travel through paired chef dinners, wine events and walk-around tastings. Baja Meets NYC (2014) and Puerto Rico Meets NYC (2015) soon followed. A LatAm consultant for corporate brands including Unilever, Symrise and others, she lives in Williamsburg, Brooklyn with her daughter, Grace.
All Posts »