This area of the city bustles with commerce during the day but only on a few select streets in the evening will you find students and locals sipping a pulque or mezcal at one of the dive bars that stay open late. Take it all in at the top of the Torre Latinoamericana or dig deeper into its history at the Templo Mayor, but be sure to go street-side for some delicious eats.

With no official name, this tiny restaurant has become known as Sofia’s place by its fans. Right next door to Bósforo – one of the Centro’s cult classic mezcalerías – Sofia’s cooks up traditional Mexican recipes gathered from the countryside using time-honored techniques and the city’s freshest ingredients. The eaters that find this place fall for it immediately. Try the hoja santa-wrapped itacate and the day’s ceviche along with an artisanal mezcal. Luis Moya 31 Locale 3.

This cafe has been in Mexico City since 1938. Founded by one of the Centro’s many Lebanese immigrants, Café Jekemir has delicious espresso, jocoque seco, date pie, pita bread and other middle eastern goodies. It has the luck to be located on pedestrian street Regina and offers a great place to sit and watch the buskers and other characters that pass daily through the Centro’s streets. Isabel La Católica No. 88 A-B; cafejekemir.com.

Most nights around 10pm on 5 de Febrero you can find the lovingly nicknamed Doña Sope bundled up against the cool of the evening, serving her sopes – thick, stout tortillas topped with refried beans, cheese, salsa (red or green) and chopped onions. She’s open till about 12 or 1, and has a loyal crowd of hipsters, locals and students flocking to be fed as they leave the bars on Regina street. 5 de Febrero, between Regina and Mesones streets.

Owned by the Mendoza family for over a century, the building that houses Roldán 37 for many years served as a chile storehouse in Mexico City’s center of commerce, the Merced neighborhood. The menu is replete with well executed Mexican classics; some favorites are pastel de los dioses (layered guacamole and cotija cheese with roasted grasshoppers on top), the 26-ingredient mole de metate, and the mini quesadillas. Roldán 37; Facebook Page.

An important part of the Centro’s Lebanese heritage, in Al Andulus the old country is still palpable. They bake their pita bread daily in their massive brick oven at the back of the restaurant and will give you a look if you ask nicely. The mesa libanesa is a sampler of all their must tries – jocoque, hummus, tabbouleh, kibbes, baba ghanoush – and big enough to share. Say yes to the date and honey sweets and an espresso at the end of your meal. Mesones 171.

Chef Ricardo Muñoz is one of the reasons that traditional Mexican recipes and cooking techniques have made their way into the country’s most upscale restaurants. Azul Histórico is probably the best high-end traditional Mexican restaurant in the Centro. The menu is heavily influenced by Yucatán and other coastal cuisines, but often features guest chefs and special seasonal menus that highlight regional dishes from around the country. Everything is good. Isabel la Católica #30; azul.rest.

Part of the wave of hip culinary markets taking over the city, Independencia market is a three floor colonial mansion newly renovated with modern wooden accents and a eco-wall. The second floor abounds with sweets – crepes, candies, chocolate, ice cream – while on the breezy top floor terrace you can try a variety of Mexican and international food stands, including the Russian Mishka, Del Cardumen, Punta Sur and El Mayoral. Independencia #40; Facebook Page.

The city’s second largest market has a rough, chaotic vibe that tends toward overwhelming. For those willing to rough it a bit, the market is a treasure trove of homestyle eateries, fascinating food finds, and exotic ingredients. To get your bearings it helps to take a tour or follow a local around first. Try Mexican confit (tacos de suadero), pancita, or tlacoyos and bask in the mountains of produce in the market’s main building. Calle Rosario, between General Anaya and Adolfo Gurrión.

Downhome Oaxacan tamales – yellow or red mole, chepil with salsa roja – are served alongside tejate – a drink made from toasted corn, mamey seeds and flor de cacao – or a fresh chilacayote water. You can also order a tlayuda bigger than your head and purchase some authentic regional products – quesillo, Oaxacan chocolate, or Oaxacan coffee. Soledad #42

Everyone in Mexico City has their favorite locale for chocolate and churros – those fried sticks of star-shaped dough dredged in cinnamon and sugar. El Moro is an institution and generally has a line out the door. When you can grab a seat order a chocolate de agua (traditional Mexican hot chocolate made with water) and a pile of churros – cinnamon and sugar, just sugar, or filled with caramel (cajete) or chocolate fudge. Eje Central Lázaro Cárdenas #42; elmoro.mx

An unmissable stop on your gastronomic tour of the Centro Histórico, El Cardenal has a deserved reputation for being one of the best breakfast places in the city. The massive menu can feel overwhelming so start with a warm Mexican sweetbread and nata (a bit like clotted cream). Move on to one of their exquisite egg dishes (omelets with ant eggs anyone?), make sure to try the housemade Mexican hot chocolate and maybe throw in some El Cardenal-style birria (slow-roasted spiced goat) if you still have room. Palma #23, Centro Histórico; restauranteelcardenal.com. 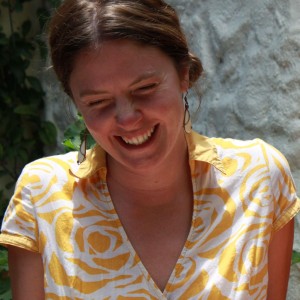